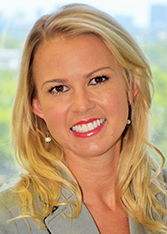 Mallory Sullivan, a Senior Associate, focuses her practice in the areas of commercial litigation, business litigation, and insurance defense litigation.

Outside of law, Ms. Sullivan is an avid traveler and scuba diver, having visited over 50 countries and holding her professional certification as a PADI Divemaster. Locally, she volunteers as a poll watcher for elections and has fostered multiple animals for rescue groups.