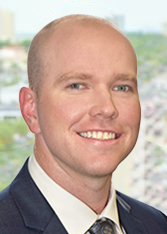 Mr. Schefer graduated from Florida State University in 2016 with a B.S. in Economics, and he began law school at the University of Miami School of Law in 2017. During his time in law school, Mr. Schefer worked for the Investor Rights Clinic where he represented under-served investors in securities arbitration claims. Mr. Schefer also earned a spot on the Charles C. Papy, Jr. Moot Court Board and argued in the Brooklyn School of Law Prince Evidence Competition as well as the National Moot Court Competition.

Prior to becoming an associate, Mr. Schefer interned for the Honorable George. A. Sarduy in the Circuit Family Division of the Eleventh Judicial Circuit.

Mr. Schefer began working at Chepenik Trushin LLP as a law clerk in the summer of 2019, and he transitioned to an Associate attorney, upon admission to the Florida Bar on November 23, 2020.