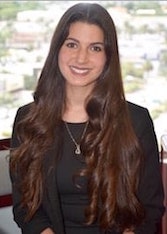 Dani Birman, a Senior Associate at Chepenik Trushin LLP, focuses her practice in the areas of complex business and commercial litigation, probate and trust administration, and insurance defense.

While at the University of Florida, Ms. Birman was president of the Florida Alternative Dispute Resolution Team and a member of the Florida Trial Team. Ms. Birman competed in national, as well as international competitions. Ms. Birman gained national trial advocacy recognition after winning first place in the Puerto Rico Trial Advocacy Competition as well as winning first place in the National Criminal Justice Trial Competition. Due to this recognition, Ms. Birman and her team were inducted into the Order of the Barristers, a national honorary organization.

In the first summer after beginning law school, Ms. Birman interned with the Honorable Judge Spencer Eig at the Eleventh Judicial circuit of Florida where she gained valuable experience about the practice of law. During the following summer, she clerked at Chepenik Trushin LLP and transitioned to a senior associate upon admission to the Florida Bar in September 2017.

Ms. Birman is fluent in Portuguese and conversational in Spanish and French.